A downloadable game for Windows

"死体はあなたの認識を保持しない" 。
"Corpses do not retain your perception".

"Milya[broken]" is a wondrous adventure game that explores a world that is aesthetic, decadent, and inexplicable and ugly.

The player launches "Milya[broken].exe" and uses the scattered data to find out her identity.
A lot of the data is corrupted, so sometimes you have to unravel the gimmick.

Please come and meet her. I'm sure she'll be happy about that.

nice game! but i was stuck at progress 16. i checked the hint  in the link  above but i couldn't find such file in my computer..and theres no way for me to proceed with the game (just keep walking without anything happening) am i missing anything?

or maybe what's mentioned in that hint does not work on virtual pc desktop? (i'm using mac but run a parallel windows desktop to play this game..

what can i say except i love it?

The aesthetics in this game are killer, it captures my imagination in a way nothing else has in a while. Also, I'd give my soul for a release of the OST

Every time there's a new release or update, I re-play through this game.

And every time I re-play through it, I find something new to love about it.

God DAMN I can't get over how freaking GOOD this game is!! <3

Very good, puzzles are very creative and make you think outside the box

The game is interesting (story wise) and I wouldn't mind giving the game another shot seeing you need to really think to progress. That said, I'd suggest getting an English translator that's not Google and more human.  Besides that, it's a decent game.

Here's my channel for other games I have played. http://www.youtube.com/c/Levont

Sat down for ~4 hours to work through this, ultimately had to use the tip to finally complete it but managed most of the puzzles without my mind breaking (that being said when I edited the video it was about 2 hours I had to cut of me poking around every corner).

I’m happy I played through it and I think I get the overall story now, especially after the (for a lack of a better term) “reveal” but I can’t help think some was lost in translation.

This is my first game by you and all I can say is wow. From the side scrolling segments to the more open, so much style and substance.

i'm really excited to play this because I love .flow a whole bunch and I was just replaying it just some months ago.
Seriously I got emotional when I saw "from the creator of .flow".

Can't wait to play it

Oh goodness, what can I even say about this game?  I love it so, so very much—it's EXACTLY my kind of aesthetic.  What's more, Milya herself is just my type, and she's stolen my heart, heheheh.

Because of that, it makes me quite sad to see some of the other commenters here giving up on the game or even calling it bad because they got stuck at one point or another.

To be clear, I'll fully admit that there were at least a couple of places where I got stuck myself, and I had to rack my brains to figure out how to progress.  But keep in mind that, for the premise of the game, you're using a remote observation system that's specifically designed to observe the situation at a distance, and furthermore that the system's data has been partially corrupted.

That is to say, it's SUPPOSED to be difficult for the user to break the security/safety quarantine enforced by the remote observation system, because the whole situation that the system is built to observe is hazardous to the user.  Likewise, the text and imagery and the like is SUPPOSED to be obtuse and hard to comprehend at first blush, because all of the game's content is viewed through the distorted, corrupted lens of the observation system.

It's completely fair to find these aspects of the game frustrating—I won't hide that I got pretty frustrated a couple of times myself while playing it.  It's also completely fair to not be interested in playing a game that intentionally makes things difficult for the player.  With that said, I wouldn't at all try to assert that those qualities make Milya[broken] a bad game.  Rather, the game accomplished precisely what it set out to do.


Incidentally, if you're still having trouble with the gameplay and bothered to read all the way through this textwall, here's a hint for you:

You're using an observation system, right?  And the primary interface between you and that system is the console, right?  As such, EVERYTHING that appears in the console, no matter how minor or glitchy or debug-output-esque it may seem, is important and was put there deliberately.  Keep that in mind, and don't be afraid to hug the walls or to experiment with keypresses while looking for clues.

When I wrote the above comment last night, I still hadn't 100% finished the game, it would seem, so I kept digging.  I just fully completed it a moment ago, though it broke my heart to get to it—all the more so because of the last few private things that the game revealed after I did.

It... touched on some subjects that resonated IMMENSELY with these very deep, very personal feelings that I've had and struggled with for the longest time, and that no one and nothing else has ever even come close to addressing...  (and much moreso than the rest of the game did)

I love Milya.  I love this game.  lol_rust, you're a genius.  Can I, like, give this game a second five-star rating or something?

Lots of content in this game! We got stuck near the possible end, but it was enjoyable to see what you created.

Reply
DerkFerk2 years ago(-1)
The last part of the video I played this game. The english version. A lot of weird grammar that made it hard to follow the story and I couldn't understand what to do to progress further at the end. Would be a good game with proper translation and some more work and images that were more relevant to what the character is talking about. Thanks for sharing your work!
Reply
Suspended account2 years ago
Reply
DerkFerk2 years ago

How long is the game? Thanks! 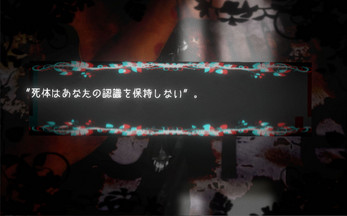 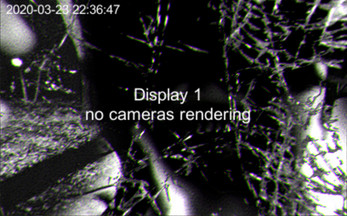 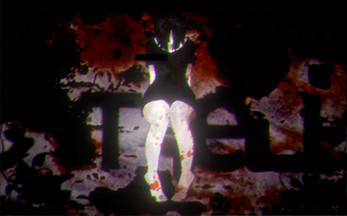 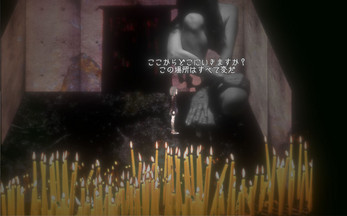